The legend of the hermit Guillem

According to a legend, the hermit Guillem, helped by shepherds, built a chapel in the Coumelade valley (Le Tech) around the year 600.

But the mountains of Canigo were at that time populated byenchantments (lovely, beautiful and young fairies) who lived in a palace located in the Cady Valley. No one could enter this valley protected by a Drac (dragon). When the enchantments were washing their clothes, the mountain was covered with big black clouds and hailstorms were beating down on the whole region and the neighboring regions of Roussillon and Empordà. No human could live in these desolate lands.

At this time, a holy man named Guillem, seeking to withdraw from the world, climbed the mountains in order to find a place to settle. This angered the enchantments which triggered cataclysms: storms, fires, earthquakes. Saint Guillem continued on his way and reached the outskirts of the forbidden valley. He was then attacked by the Drac. The saint first wanted to flee, but was helped by an angel who gave him a sword. Saint Guillem thus confronted the dragon and defeated him, causing him to fall into a precipice. The fairies fled to take refuge in the remote valleys of Cady.

Saint Guillem was thus able to settle in the valley of the Coumelade, where he lived very simply, as a hermit, in a cave, feeding only on the products given by the forest. In winter, his only food was the milk of the does and female chamois he milked. In summer, peasants from all over the region came to listen to him. Seeing so much piety, he decided to build a church and was helped by the shepherds.

Saint Guillem, wanting to make a bell for his new church, went to ask for help from the forges of Montferrer.

To make fun of him, the blacksmiths and miners let him take all the iron he could fit into his hands. Guillem then took, with his bare hands, molten iron contained in a crucible and began to beat the iron with his fists to forge this bell.

Continue reading the tales and legends of Canigo with the mystery of the Holy Tomb, the relics or the monsters and fairies that inhabit the mountains. 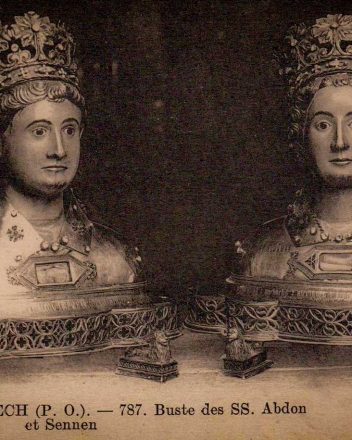 The Holy Relics of Abdon and Sennen 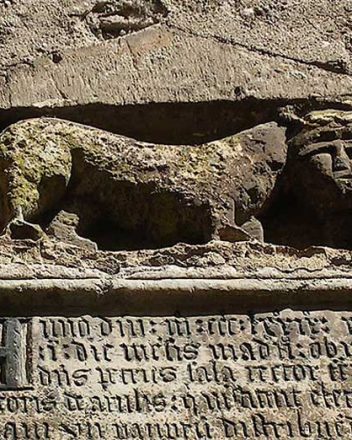 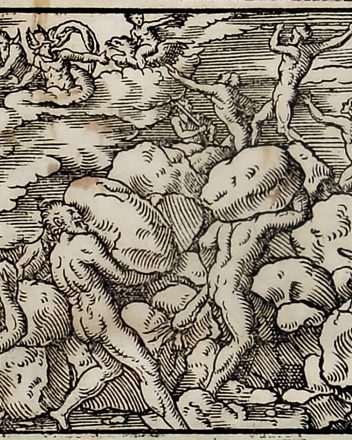 The 7 giants and the Canigó